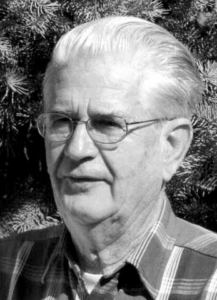 Van’s Cabinet Shop opened its doors in Sonora by Marion Van Veldhuizen in 1971 across the street from Rubes Restaurant. “Van” moved into its current location in 1977. The cabinet shop was purchased by David Fickel in 1982 at which time David expanded to include pre-hung doors as well as the custom cabinets which we have become so well known for throughout the years.

During a icy morning April of 2011 Ron Loewen had the misfortune of passing away on his way to work. Jesse Stevens who had been working in the cabinet shop for about 7 years then became shop manager.

Vans Cabinets and Doors suffered another loss in December of 2018 when David Fickel passed away from sudden onset cancer. David Guzman is now President of the company.  Jesse Stevens is now overseeing the Cabinet Shop from sales to design to delivery. Andrew Jessee manages the door shop and assists David Guzman with customers and sales.